(VLR) Since the province was founded in 1991, with leadership from the Party, with unanimous consent from the people, with right policies of development, Ba Ria - Vung Tau (BR-VT) has had significant advancements. Modern cities has gradually been shaped out in localities in the province… 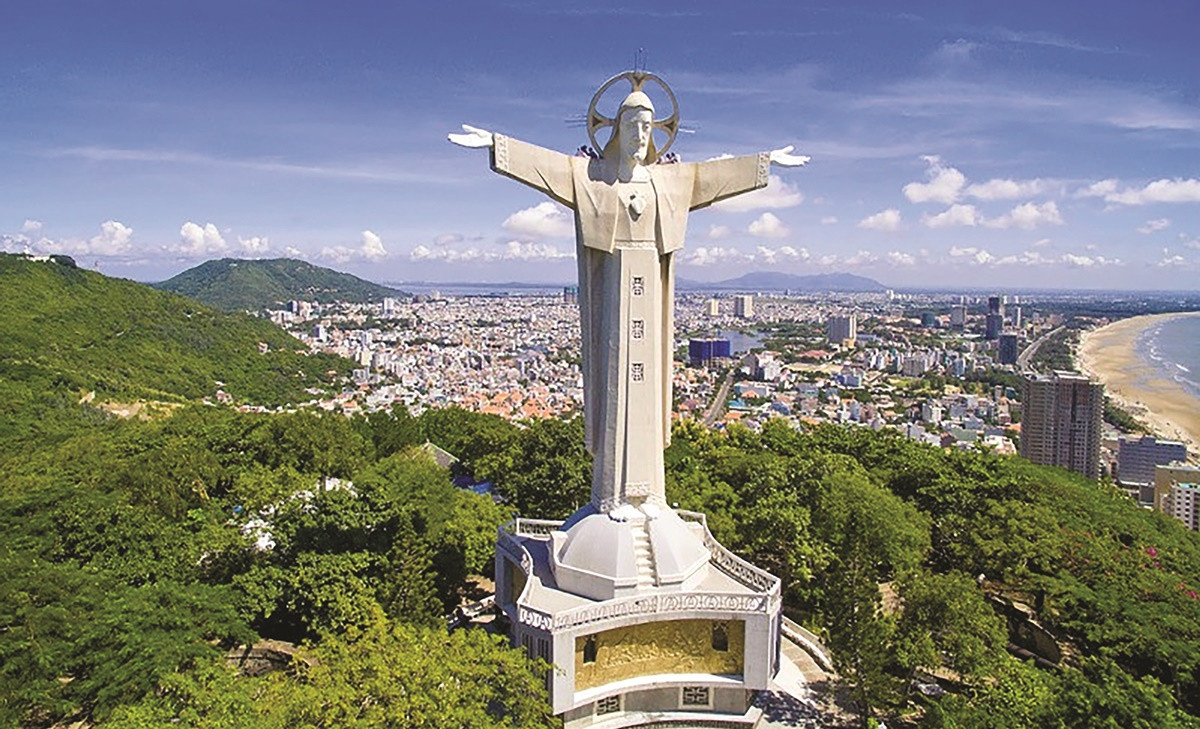 When BR-VT was established three decades ago, the infrastructures were undeveloped; people’s income was low; and transport infrastructures were undeveloped as well. However, the nature-favored land has fresh and warm climate all year round, has mountains, forests and sea, creating a charming landscape. Local people has been friendly with one another since they first came here to form villages. BR-VT also enjoys favorable geographical position: it is a gateway of Southeastern provinces to the East Sea, it has rich and diverse resourcesfavorable conditions for comprehensive and quick developments of economic sectors and for attracting both foreign and local investments.

It should be mentioned to infrastructure construction projects in BR-VT- ones that have made influential changes. BR-VT has expanded and constructed perfect transport infrastructures both in urban and rural areas. 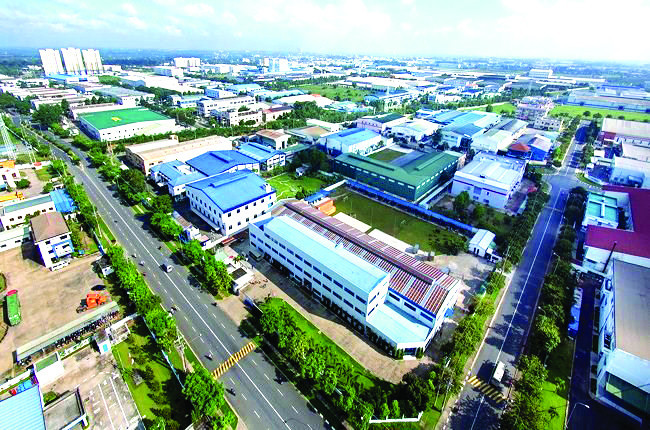 Phu My today is an urban area with advantages on industry and seaports, it is no longer a poor land of 30 years ago

Starting from road openings, putting into consideration development planning of Go Gang - Long Son peninsula, Ben Dinh deepwater port and Cai Mep-Thi Vai port group, developing industrial parks along seaports and by rivers. With the orientation to make it an industrial service urban area connecting HCMC, Dong Nai and the Southeastern, Phu My today is an urban area with advantages on industry and seaports, it is no longer a poor land of 30 years ago. In the near future, it will be a smart city with promising good infrastructures.

Go Gang Bridge connecting Vung Tau City to Long Son Pennisula; Cua Lap Bridge connecting Vung Tau City to Long Dien, Dat Do District; Long Hai Beach Resort being connected by a beautiful coastal road from Long Hai through Ho Tram, Ho Coc and Binh Chau- they are good examples. The beautiful road with forest on one side and sea on the other side, connecting Vung Tau to Binh Thuan and provinces in the Central is a worth-experienced tourist route; Bien Hoa - Vung Tau Expressway enables faster and more convenient traveling from Vung Tau to other Eastern provinces and Phuoc An Bridge project… they all contribute in economic-tourism developments of BR-VT.

Besides focusing on infrastructure development and attracting investments, many generations of BR-VT leaders have also paid much attention to environment protection, towards sustainable development. For example, in 2015- 2016, the province forced the textile dyeing factory of Mei Sheng Textiles Vietnam to relocate its dyeing factory because it drained its waste water from the dyeing process into the rainwater drainage system of Da Den Lake, causing serious pollution. With the determination of the government at that time, today, Da Den lake still retains its clear blue water, which is the main source of water supply for BR-VT province. For many years, BR-VT’s orientation to attract investment selectively, ensuring the harmony between economic benefits and environmental protection has received the consensus and trust from domestic and international investors.

Tourism - potentials being waken up

To develop tourism, BR-VT not only encapsulates the exploitation of the advantages of beaches in Vung Tau city, but has exploitation in other localities in the province. 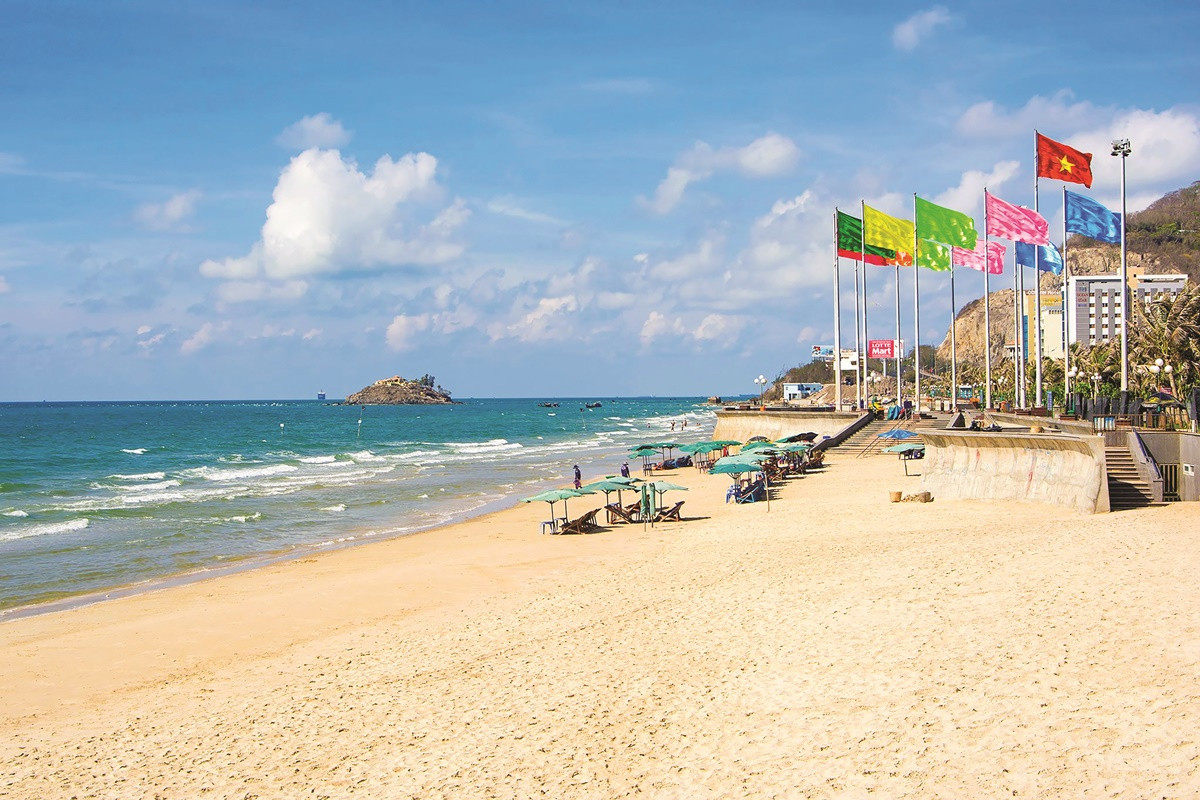 BR-VT not only encapsulates the exploitation of the advantages of beaches in Vung Tau city, but has exploitation in other localities in the province

The island district of Con Dao is no longer ‘a fearful hell on earth’. It has been returned to a beautiful charming island like other islands. When it was planned by the Government as a national tourism area, the district party committee oriented the place to be a high quality culturalhistorical- spiritual tourist resort of regional level with modern system of technical and material foundation, having high competition abilities and having traditional cultural features. Co Ong Airport has been upgraded, and Ben Dam Port has been calling for investment in speed boats connecting Con Dao and other provinces.

Breeding and farming are long-standing profession of an agricultural country, but farmers in Xuyen Moc, Long Dien, Dat Do, Chau Duc… have applied smart technology to hydroponic vegetable growing all kinds of vegetables with no mud, less pets and safe quality to consumers. Or they attached chips to chicken tagging with barcodes to trace the origin, with safe farming methods, without using banned substances, bran to increase weight… to meet market demand with a stable source of income for people.

With the inherent strength of the coastal land, with diligence and inquisitiveness, people have changed themselves and explored their own advantages for economic development on their own poor land. In addition to models of raising fish, shrimp… the models of growing orchids, growing Vietgap rice, producing rice paper… also create their own brands and names. Then associating agriculture with service development, tourism, and increase production will link along the value chain. These rural areas are now getting more bustling and beautiful.

Rig houses on the far sea

To ensure the sovereignty of the sea, islands and continental shelf of the country, more than 30 years ago, the Government assigned the Ministry of National Defense to survey and design and build a system of rigs on coral reefs. During those more than twenty years, successive rigs from DK1/1, DK1/3, DK1/4... to DK1/21 were built at Huyen Tran, Que Duong to Ca Mau beaches, standing tall, firmly in the middle of the sea. 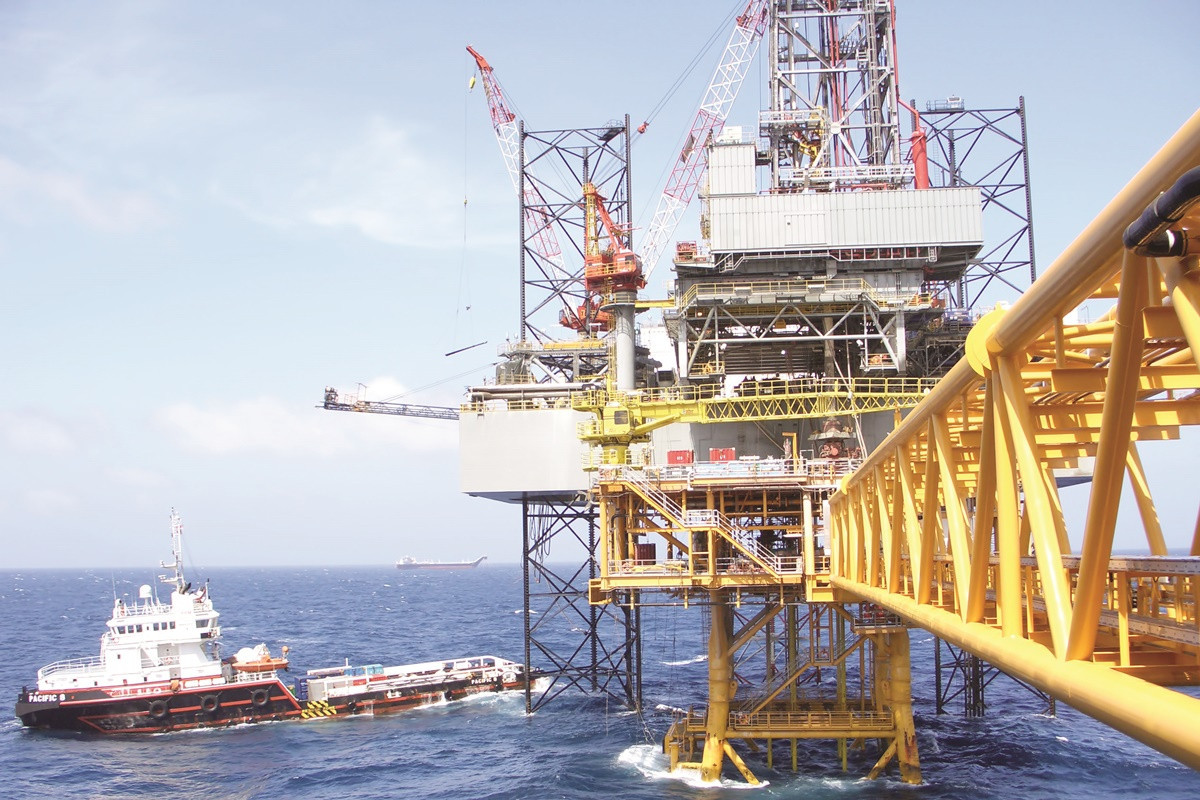 The DK1 rig is also a solid support for fishermen to reach out to sea, to supply green vegetables, fresh water, salt, rice, and medicine… to help fishermen in distress at sea

Soldiers and officers who have not been afraid of hardships and sacrifices to protect the sovereignty of the sea and islands, the DK1 rig is also a solid support for fishermen to reach out to sea, to supply green vegetables, fresh water, salt, rice, and medicine… to help fishermen in distress at sea.

At the rig houses with full of light winds, there are all flowers and vegetables; there are sounds of farming animals as pigs and poultries- a peaceful daily sounds at the far sea.