Vietnam Economy: A Painting of Expectations

(VLR) (Vietnam Logistics Review) Vietnam did have a remarkable growth at the end of 2017: not only achieved but also surpassed 13 planned social-economic targets. The success has brought expectations to the year of 2018.

(Vietnam Logistics Review) Vietnam did have a remarkable growth at the end of 2017: not only achieved but also surpassed 13 planned social-economic targets. The success has brought expectations to the year of 2018.

In 2017, the Assembly assigned the Government to carry out 13 important social- economic targets, in which there is the target GDP reaches 6.7%. Although there were attempts, GDP reached 5.15% at the end of the first quarter and 6.28% at the second quarter.

Looking at the figure, with impacts from natural disasters, with challenges from the economy: driving forces for growth as mining, agricultural, industry, and export having to deal with pressures from inflation, exchange rate, debts… There were ideas that there should be adjustments on the target for growth (many international organization lowered Vietnam’s growth level). However, as PM Nguyen Xuan Phuc confirmed, with the guidance of the Party and with the belief in people’s strength and Vietnam’s enterprises’ determination, the whole political system took part in to carry out the assigned target. Many sectors, local authorities actively improved investment environment, solved difficulties and used all resources for developments. 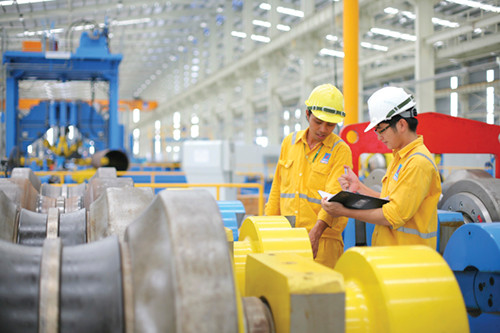 The restructuring of the economy connecting to development model initially took effect, reducing its reliance on natural resources, especially oil. The restructuring of sectors as industry, agriculture, and service was on the directions of encouraging innovations, creations, applying high-technology and environmental friendliness.

Economic expert Vo Tri Thanh- former Deputy Director of Central Institute for Economic Management Research (the Ministry of Planning and Investment) said although there were many challenges and difficulties, Vietnam’s economy has had remarkable achievements thanks to determinations from the Government.

Expectations for growth in 2018

On the basis of achievements, the plan for 2018 has been approved by the Party and the Assembly. The Government has set the guideline of “discipline, integrity, action, creation, efficiency” and targets for social- economic developments as GDP of 6.7% (6.5%6.7% assigned by the Assembly); export turnover increase of 8%-10% (7%-8% assigned by the Assembly); retail and service of 10%; the number of newly founded enterprises of 135,000. In addition, there are targets on development quality, including proportion of private investment capital of 41% of the total investments, incremental capital output ration of 6.2%, labor capacity increase of 5.9%, expense for development investment of 26% of the Government’s total expense, disbursement for public investment of 100% of the Assembly’s estimate, public debt of 63.9%, the Government’s debt of 52.5% and foreign debt of 47.6% of GDP.

According to Thanh, achievements in 2017 will be a driving force for Vietnam economy in 2018, together with active contributions from newly founded enterprises in the year of 2016- 2017, with the disbursement from FDI, with FTAs that will take effect in 2018 as EU- Vietnam Free Trade Agreements, with business environment improvements…

As additional ideas, economic expert Dinh Trong Thinh said ideas of sustainable developments, of innovations, of encouraging private economic sector and of restructuring the economy, together with good signals from the world economy, especially that of the U.S’s will have good impacts to Vietnam’s economy, especially in the field of export. The target of 6.7% for the year of 2018 is not a very difficult one. 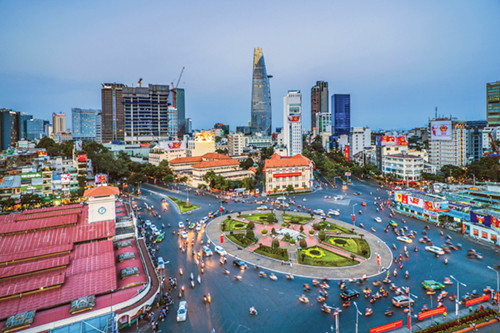 However, in order to make good use of opportunities and to resolve challenges, economic expert said, together with attempts to solve existing issues, the Government, ministries, sectors and local authorities should keep improving business environment: giving it equal opportunities through innovations on administration procedures and pushing innovation in the part of state-owned business; focusing on helping the private sectors, especially for small and mediumsized enterprises, solve difficulties; facilitating them to approach credit source, manufactory floor and scientific application; giving more information on opportunities brought from FTAs so that they can have good directions and make good use of them.

Although there are difficulties ahead, Vietnam economy, with the taking-part of the political system and the determination and consensus, will have more crowning achievements in 2018 and the following years.