(VLR) (Vietnam Logistics Review) Amazone’s logistics activities are based on its global infrastructure to bring goods to consumers. They includes giant delivery centers scattered worldwide, a troop of robots in warehouses and hundred thousands of delivery men and packaging workers in warehouses. Besides projects of drones bringing goods to customers’ doors, the company is operating a fleet of transport trucks and a private fleet of transport planes.

(Vietnam Logistics Review) Amazone’s logistics activities are based on its global infrastructure to bring goods to consumers. They includes giant delivery centers scattered worldwide, a troop of robots in warehouses and hundred thousands of delivery men and packaging workers in warehouses. Besides projects of drones bringing goods to customers’ doors, the company is operating a fleet of transport trucks and a private fleet of transport planes.

From data transport and self-driving truck… 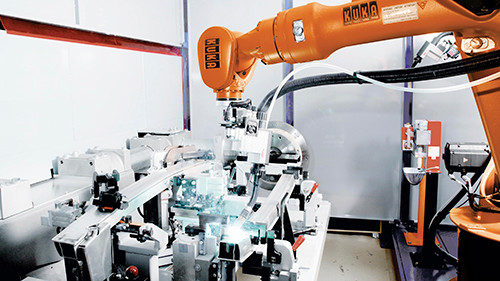 Snowmobile is considered an intermediate data transport device between users and Amazon. To shorten distance and time of data transmission, Amazon intends to drive Snowmobiles to customers’ offices and store their data, these trucks are driven back to Amazon establishments and transfer data to Amazon’s cloud networks. The company estimated 10 Snowmobiles will enable to shorten time time of transferring an Exabyte of customers’ data to cloud storage system in less than 6 months, instead of 26 years if using internet with average speed.

In 2015, Amazon introduced a data transferring device equally to the size of a suitcase called Snowball, similarly to functions of Snowmobile. Snowmobile is considered an upgraded version of Snowball with larger storage capacity. These products are Amazon’s attempts to persuade large customers who once invested in their data centers to use Amazon’s cloud service. 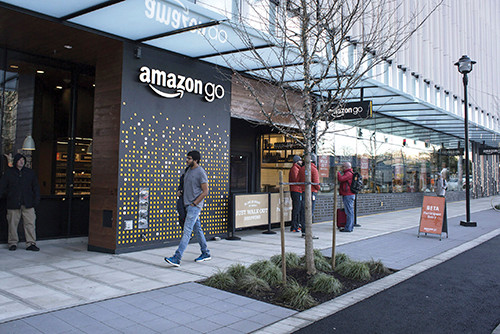 According to America Truck Association, truck transport accounts for 70% of total cargo transport in the country, equally to 10bn tons. There is a shortage of truck drivers when drivers’ average age increases with time. According to Wall Street Journal, that is the reason why Amazon is trying to Uber-ize their truck transport with the US’s largest online retail activity. The company is developing a mobile application capable to find empty trucks and assign them with transport orders.

On August 201, Uber bought Startup’s self- driving Otto trucks with the price of USD 680m. In October, one of their trucks with their self- driving technology completed a delivery in Colorado. With a similar application as Uber, Amazon is developing a trend of using no- driver trucks in order to reduce long- distance transport cost in the years to come.

… to “robot workers” and “store without cashier counter”

In 2012, Amazon bought Kiva with the price of USD 775m and now Kiva robots are helping them with automated stevedoring work in their warehouses and delivery centers of this giant retailer. According to Amazon, the use of robots in warehouses will save more place in warehouses for more shelves for they do not need place for isles. The use of robots helps cut dead time and effective cargo circulation. 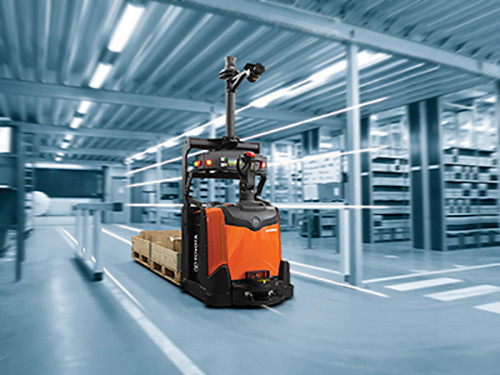 Each Kiva “robot worker” is around 145 kilos, working in the warehouse floor and moving shelves of 340 kilos with the height of an adult: similar to a scene in a sci-fi film. Men only put things on shelves and the rest will be done by robots. Amazon said over 15,000 Kiva robots have been used for its warehouses all over the U.S. Each “robot worker” moves 700,000 packages a day, and 1.5m packages in peak time Amazon also introduced a grocery without cashier counter called Amazon Go. This is a retail store in the area of 200m2 – as an experiment in Amazon Headquarter in Seattle and for staff only. The special feature of Amazon Go is customers can go in, choose the things they want and walk out without paying at the cashier counter as usual. To start their shopping, customers only need to scan over an application on their smartphones. Amazon will use its sensor system and use computer to find what they have taken from the store. Shoplifting will be limited thanks to a system of cameras and sensors. In a near future, when stores of the kind become popular, there will be no queuing at cashier counters. Maybe at the time, many consumers will not remember the attempt of a retailer that had great contribution in making a completely new future for the logistics.