The developments of transport technology

(VLR) Hanoi in autumn- Hanoi with blue sky, bright yellow sun light and cool dried winds. The weather naturally makes one a little bright and breezy. Such a weather can be seen only at the end of an autumn and at the beginning of a winter. When one is still young, it is a spur; when one gets old, it brings back memories to think of. 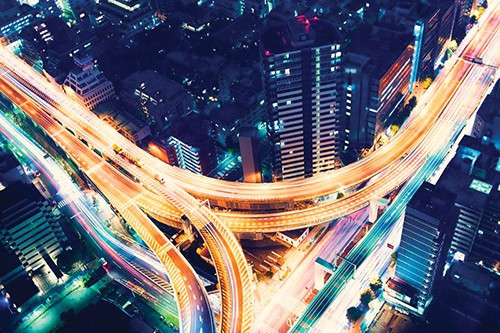 During the days I was at school, when I got home on Quan Thanh Street, scent of blackboard tree in light chilly cold winds gave me unforgettable feelings- unexplainable feelings. The memory brought me to Hanoi at the time to see old friends for some gossips, for the feelings of the old time.

I had an appointment with Hai- a friend I used to work with. He is a few years older than I am. He has curly hair, wearing thick glasses that make him look so intelligent. He used to work hard and seriously. He graduated from college with his major in English. At the time, a few people knew English, and in the seatransport sector, the number was even less. He read a lot and was good at English. And then he became an important person in the exploitation and sales department of the company. Knowing less about the field, Hai tried to read all books on the subject and became a professional one I the field. He loved to read books on history of the transport sector and geographical transport. These knowledge helped him later. He is now retired but keeps working in the fields of transport brokerage and transport agency.

At the early years of the 1980s, international communication was mainly by telex- there was no fax, no computer, and no internet at the time. And telex transferring fee was costly; therefore, contents of telegram should be very short for cost saving. Hai made a kind of helpful abbreviation dictionary. He showed me maritime terms written in abbreviations which could be used in transaction with agencies and liners, something like students’ note-taking, for example, b4 for before…

We had an appointment at a diner in Ho Tay (West Lake) where we could have some glasses of beer and see the views of Ho Tay and Ho Truc Bach (Truc Bach Lake) in both side. As an Hanoian’s habit, we drank beer at lunch time, not in the evening like those in HCMC. For having more time to talk and for enjoying the atmosphere of Hanoi’s autumn, we both came early when the diner was still empty. After chosing seats, we ordered some beer with roasted peanuts as an appetizer.

After having some glasses of beer and some exchanges, I asked Hai:

- ”Are you still working as transport agency?”

-“Anything different as it used to be?” I asked

-“Much different, and it is tougher for more competitions.”

-“I still remember when researching for a new route, you always had to find it out in maritime atlas and all guidance handbooks from ports.”

-“Now everything is on the Internet, just a “click” and there you go. On the other hand, there are many scheduled liner routes, I mostly sell and buy freights. Previously, we had to research for routes, for agency serving the liner… everything from A to Z. 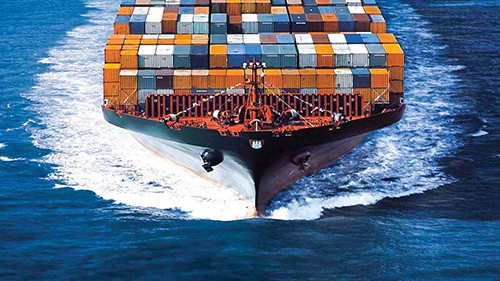 We have been working with each other for dozens of years in the field of sea transport. The job has been considered one of the oldest jobs in history of human. Right in the primitive age, before invention of wheel and cart, they used rafts made of wood to travel and transport on lakes and seas. Then, they made wooden boats and ship. And with industrial dvelopments, hulls are now made of steel instead of wood. Initially, ships moved by manpower and then windpower. With invention of steam engine, we then had ships running by engine. Steam engine, diesel engine and other sources of power have been developments of traction for vessels. And load can be increased thanks to ships’ steel hulls: size are bigger and ability to travel on the sea are better. Now trans-ocean vessels with capacity of dozen thousands of tons is normal. And the evolution has taken thousands of years.

I asked: “In your opinion, besides advancement in ship building technology, have there been any changes in technology in the transport sector?”.

“Many things,” replied Hai:” They find that increasing tonnage lowers transport cost. Therefore, they find ways to build bigger ships. However there are limitation on size for ships going through canals as Suez or Panama. They gave regulations on size for the ship going through the canal. For example, ships going through Panama Canal had size not exceeding the regulation called Panamax. The largest ships of the time were Panamax ones. Now they have larger ones called post-Panamx”.

“In transport technology, the weakest and vulnerable process is stevedoring process. It takes much time, efforts and causes damages to cargo,” I said.

“Yes, therefor innovations on stevedoring equipment and warehouse have been appreciated, but they are not enough. They focus on cargocarrying object. Palette is popolar and standardized so that they can be used both on ships and on train cars. Size of container today was based on size of palette.”

This brought up particular efficiency, especially in intertransport between seaway and road. However, the invention of container was indeed a real change.

Hai became excited and asked me if I knew who invented container. Without waiting for the answer, he went on: A person who invented container is Malcolm McLean. In 1935, when observing stevedoring between vessels and trains at New Jersey Port, he came to a thought it would be convenient if there was a cargo-carrying objects like a train car. So, idea of making a container of large size came. And it was until 1950 that he founded SeaLand Company to implement the idea.

The convinence of container use is obvious, however developing it is difficult: besides building new containers, vessels have to be changed and stevedoring equipment on ports has to be changed as well. In the years of 1960s-1970s, there was a great revolution in maritime sector: containerization. Vessels for carrying containers were built; sizes and weights were regulated and there were many changes in trade law. Systems of container terminals were built. Therefore, we have a network of container transport worldwide as it is today. It is very convenient to use container for transport on sea, on land, on railroad and even on local waterway, so that we can have convenient door-to-door services now. The revolution of containerization basically changed the world fleet. And now container vessels almost completely replace conventional ships. 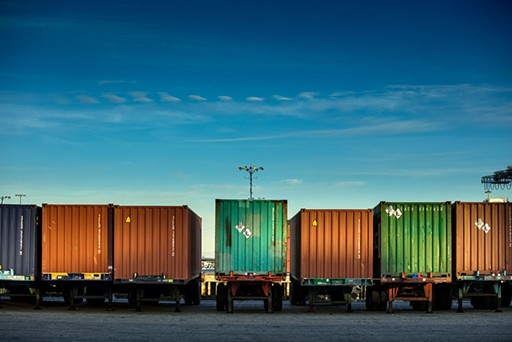 Together with ideas of using containers, they also had ideas to use barges for carrying cargo. Barges with tonnage of over 300 tons are specially designed, called lighters, are uploaded with cargo and put onto trans-ocean specialized vessels called lighter-carriers. The type is good for transport between seas and local waterway area. The most difficult thing is vessels should have cranes powerful enough for stevedoring works with barges. Therefore, they invented a type of vessels that can change draught and barges are able to go in or go out them instead of using cranes for stevedoring of barges. The specialized ship is called Sea-Bee: barges as bees go out and go in their nest.

The Soviet Union strongly developed the idea. Liners as Black Sea and Far East opened route of lighter transport to Vietnam and founded a JV to serve lighter carriers: Vietsolighter with its HQ located in HCMC. At the end of the 1990s, Vietsolighter dissolved when the Soviet Union collapse. The idea of lighter-carrier was gone as well.

Keep thinking, I had a look around. Ho Tay and Ho Truc Bach have concrete jetty and balcony around. Thanh Nien Street were twice expanded with two lanes. The diner used to be a one-floor house with windows opening to different sizes and sold banh tom only. The appetizing aroma of banh tom coming from the kitchen. The diner now has 2 floors, airconditioned and serving various dishes like other diners.

We ordered two portions of banh tom for lunch.

Lost in his thoughts, Hai said: “Time flies and everything change so fast. The developments of IT and the Internet make the tracking of vessels easily. Today it is possible to contact with a vessel anytime and it is possible to track its route in any sea. Much different from it used to be, there were only several times a day contacting through radio waves, it was sometimes impossible when a ship is somewhere out of range.”

“Yes, ships today are equipped with many automatic devices, especially rescue devices. In addition, coastal stations are helpful for the task.

A waitress brought out the dish and politely invited us to try. Banh toms were cut into pieces and put in a large dish. Looking at banh tom with their good-smelled yellow doughs, I remembered banh toms of years ago- deepfried thinner ones with dough, julienned sweet potatoes and some shrimped on top, the cake was cut into quarters and they tasted better than they are today.

“Life needs changes for advancement. But not all new things are better than old ones, for example, these shrimp cakes".

(HCMC, early winter of the year of the Pig)