Vietnam’s economy speeding up ahead!

(VLR) “Our economy and our country are speeding up ahead at the speed some would find it impossible few years ago and it is for sure that our people will keep going ahead even faster!”, said Prime Minister Nguyen Xuan Phuc. 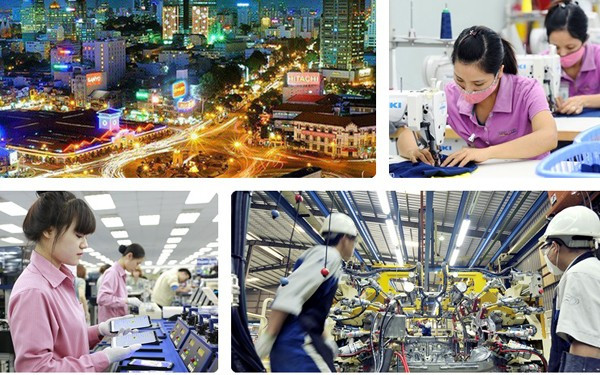 Vietnam is highly appreciated by international friends, being considered a bright spot for disease prevention and control, for socioeconomic developments,...

General Secretary, President Nguyen Phu Trong in his speech in the Government Conference with localities on December 28th, 2020 clearly said the year of 2020 was a year of difficulties and challenges not only to our country but also to those in the world. The pandemic of COVID-19 started at the beginning of the year, has widely spread to countries over the world with unpredictable progress, it kept spreading widely and has showed no signs of ending. Global economy has been in crisis with negative growth of nearly 4%; global trade has been going down; financial market has had unusual changes with potential risks. In addition, African swine fever, natural disasters, droughts, storms, floods, landslides,... continuously occurred, especially in the last months of the year in the Central, making difficulties pile up.

In that context, we have still quite comprehensively completed set targets and tasks with outstanding new points and records. Vietnam is highly appreciated by international friends, being considered a bright spot for disease prevention and control, for socioeconomic developments, for ensuring social security, welfare and people’s life, and for maintaining national defense, security…; for carrying out effectively foreign affairs and international integration in the context of dealing with disasters and diseases, especially the pandemic of COVID-19. We also took up clinic trials of COVID-19 vaccine in human- showing the medicine of our country is not inferior to those of others’ in the world, including developed ones.

In 2020, while many regional and international countries were in crisis due to impacts from the pandemic of COVID-19, our economy still had a positive growth of 2.91%, making the GDP in 5 years 2016 - 2020 increase 5.9% pa in average and thus, putting Vietnam in a group of countries with high growth in the region and in the world; the economy size has 1.4 time increased compared to that at the beginning of the term, becoming the economy ranked the 4th in term of size in ASEAN. The growth quality has been improved; labor productivity increased 5.8% pa on average. Import-export turnover reached a record of over USD 540bn; the trade balance had high surplus, with the trade surplus of about USD 20bn and foreign reserves soared. Public debt decreased from 63.7% of GDP at the beginning of the term to 55% in 2019. Although there was an increase in 2020 due to spending in response to natural disasters and epidemics, it was still in 56.8%- below the safety threshold set by the National Assembly. In particular, public investment disbursement increased sharply compared to 2019, reaching the highest level in the 2011 - 2020 period. 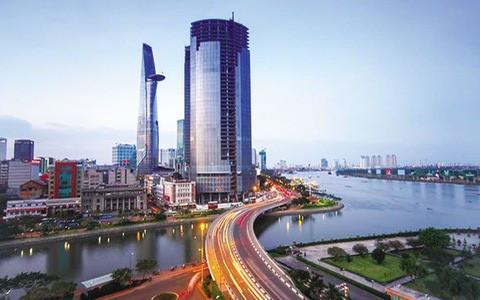 Vietnam achieved a unique record in the crisis of COVID-19. Vietnam will have active prospects in the coming time when WB forecast its growth of 6.8% in 2021 and will be stable around 6.5% in the next years

It can be affirmed we have achieved the “double targets”: fighting against the pandemic and maintaining economic growth. Vietnam is considered as one out of the 10 countries in the world with the highest GDP growth rate, one of the 16 most successful emerging economies in 2020. Prompt policies, guidelines and measurement were issued and well implemented to maintain production activities, offering jobs and incomes for laborers, and support people and enterprises affected by the pandemic.

Also at the conference, Prime Minister Nguyen Xuan Phuc affirmed that Vietnam's economic growth does not depends solely on any economic sector, whether it is state-owned enterprises or FDI ones, but the private economy have gradually proved itself an important motive force. We do not focus on some particular economic sector either, but the sectors of industry, service and especially agriculture are of importance in term of contributions. And in the field of foreign trade, thanks to the number of FTAs, Vietnam has not had too much focus on the number of traditional markets; and had more focus on the domestic market.

In addition, in 2020, our foreign affair activities and international integration kept maintaining, achieving important results that heighten the country’s prestige in the world. Many foreign affair activities, especially conferences and working sessions on line were effectively well carried out, showing the role of Vietnam in the year as ASEAN President, AIPA President and Non-permanent Member of the Security Council of the United Nations. In 2020, Vietnam finished negotiations and signing of the two important agreements EVFTA and RCEP. In the context of geographical political instability, Vietnam has clearly shown its role of connecting, friendly strengthening trust among regional and international countries.

A specific but meaningful event is that on December 27, 2020, for the first time, the world organized "International Day of Epidemic Preparedness" according to a resolution approved very quickly by the United Nations from a Vietnam’s proposal. Many countries responded to join the co-initiative.

Jacques Morisset, a WB’s economic expert in Vietnam, said Vietnam achieved a unique record in the crisis of COVID-19. Vietnam will have active prospects in the coming time when WB forecast its growth of 6.8% in 2021 and will be stable around 6.5% in the next years. The forecast was based on the supposition that the crisis of COVID-19 will gradually be controlled when COVID-19 vaccine proves its effectiveness and on risk management results in fields of financial terms, finance and society.

“Our economy and our country are speeding up ahead at the speed some would find it impossible few years ago and it is for sure that our people will keep going ahead even faster!”, said Prime Minister Nguyen Xuan Phuc.