Musician Nguyen Hoa: Compositions from the harmonyof the soul

Musician Nguyen Hoa was born and raised beside the sea in Tuyet Diem village (Quang Ngai). His childhood was linked with the sound of sea waves, green casuarina trees and endless sandy beaches. Although living in a poor rural area with a difficult childhood, those were the most beautiful days of Nguyen Hoa’s life that even after twenty years, his heart still hasn’t stopped feeling eager to remember. The homeland is one of the important materials in his musical works now and in the future... 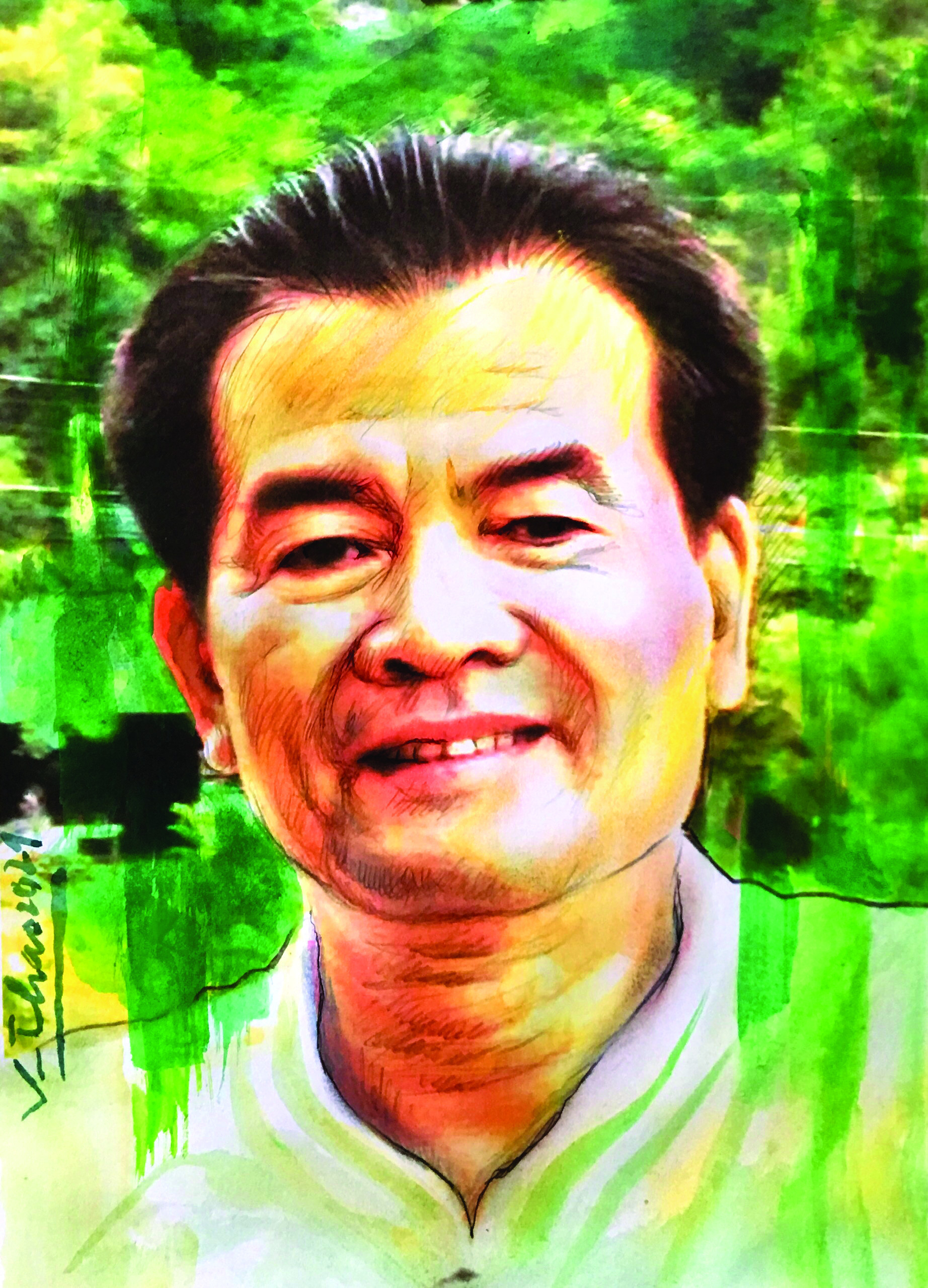 Nguyen Hoa was born in 1961 in Quang Ngai - the cradle of the revolution with many historical and heroic victories. In 1979, like many other young men, Nguyen Hoa followed the call of the nation, joined the army and fought to protect the country. Those difficult years not only made Nguyen Hoa stronger as a solider, but also helped him develop his talent in making music.

For more than forty years living away from home, counting from the date of enlistment, Nguyen Hoa has always felt a deep love for his homeland and always chooses the homeland and country as an important material in his compositions. “When leaving my homeland, I only carry with me the simple and rustic chants, tunes, lullabies. Such simple lyrics, but when they penetrated into my soul, they became sacred and meaningful. It is also a material for my creation. Because every time I write a new song, especially about the Central region and my hometown of Quang Ngai, those echoes just keep flowing...”, Nguyen Hoa said.

Unlike many people, Musician Nguyen Hoa rarely uses poetry as the material for his compositions. “I do not compose lots of music for poetry, only a few songs which are selected very carefully. The main reason is that I am afraid of being led by poetry and the music cannot escape. Because the poem itself already has music, I want to express my own ideas - but cropping, adding or subtracting sometimes misses the author’s intention”, he confided. 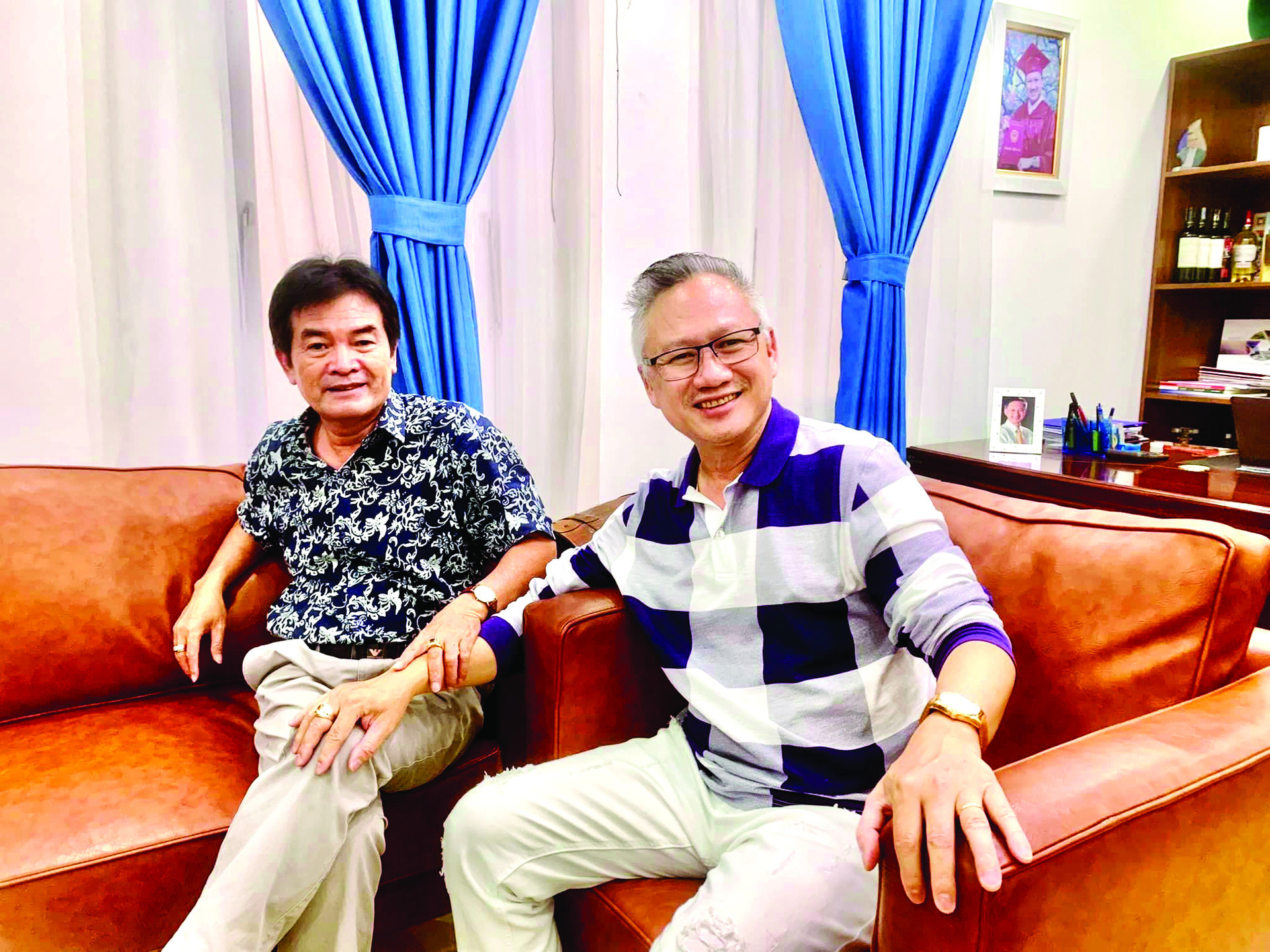 However, when watching his recent compositions, we can see something really special: Nguyen Hoa has chosen to compose music for two poems “Phuong mo” and “Ha Noi khong em” by PhD. Le Van Hy. Both songs were loved and received high recognition.

Talking about the fate of composing these two songs, Nguyen Hoa said: “In one incident, I read the poem “Phuong mo” by PhD. Le Van Hy while wandering around looking for creative ideas...

“Come and listen to the flamboyant singing in the yard

Who passed through the door, as if they had just known love...”

“Although I rarely use poetry to set music, the poem Phượng mơ brought me so many emotions, I read it over and over again, and the song Phượng mơ was born in that coincidence. Right after that, the song was performed by singer Dao Mac (Vocal Lecturer at Ho Chi Minh City Conservatory of Music) and surprisingly received great attention from the public. At this time, me and PhD. Le Van Hy has not had a chance to meet...”, he said. 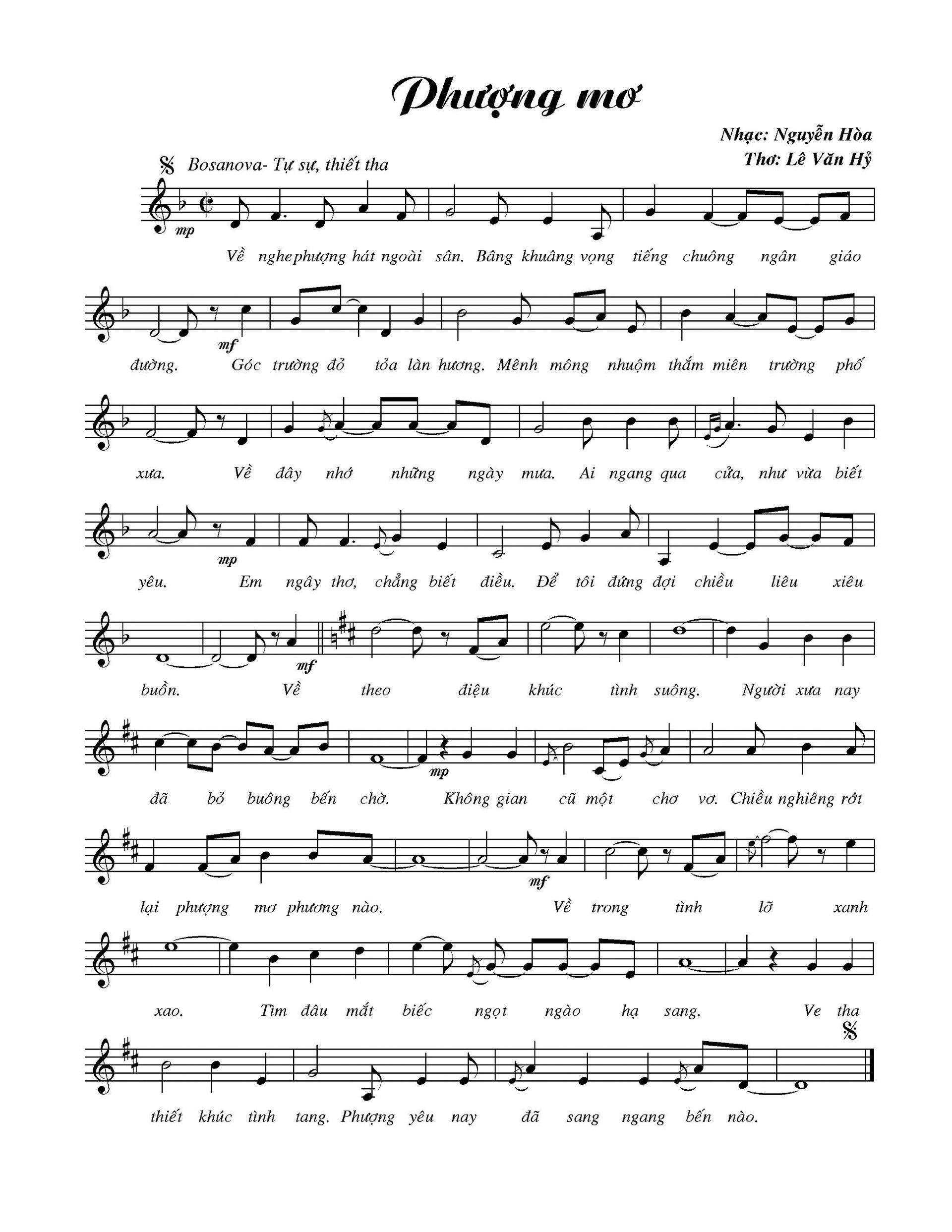 “We had the opportunity to meet each other after PhD. Le Van Hy was working in Hanoi - this was also the first time we meet”, NS. Nguyen Hoa said.

Also at this meeting, he and PhD. Le Van Hy talked with each other and shared stories like longtime friends, even though they just knew each other. PhD. Le Van Hy shared about his recent job transfer, his feelings for the capital, his nostalgic memories of an old Hanoi and his poem “Ha Noi khong em”.

“There was a very long night in Hanoi...

Thang Long Bridge is not the former Kim Son, but carries the two banks of compassion!

I returned through Kham Thien alley,

Seeing a bustling Hanoi in the old days...” 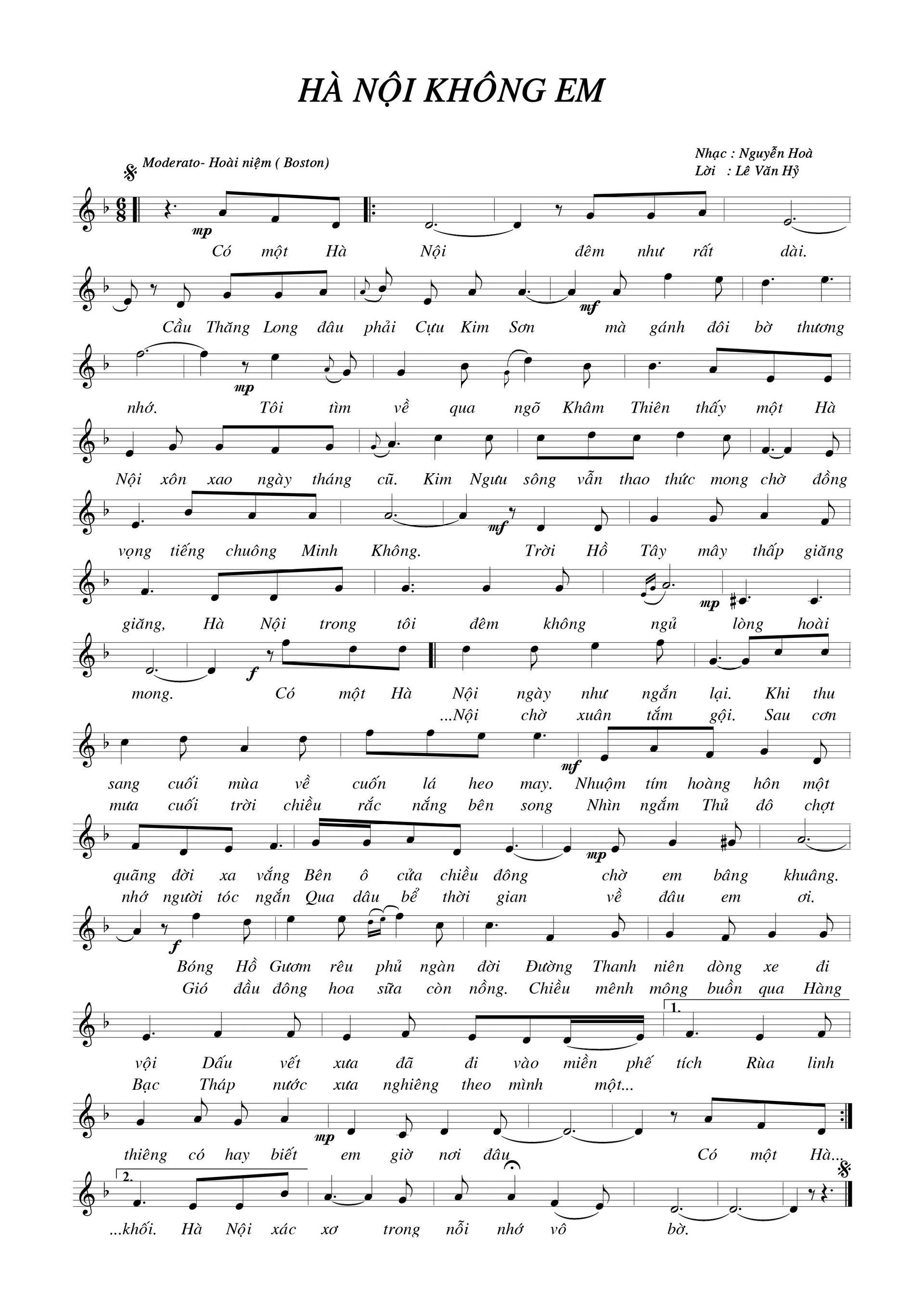 After listening to the poem, Nguyen Hoa felt an indescribable emotion deep inside. The lyrics and ideas are both beautiful and romantic, so the musician asked to bring it back and decided to set the music for this poem. “This poem alone, I played for a long time, I have read and re-read this poem many times and carefully found the right rhythm and resonance and must be really “Hanoi”, finally the song “Ha Noi khong em” was born, the musician confided.

Perhaps, it is the thread of compatriotism (PhD. Le Van Hy is also a son of Quang Ngai) that binds two similar souls together so that they can share the special, very artistic vibes, together bringing the audience the most moving and passionate musical works.

English
Musician Nguyen Hoa: Compositions from the harmonyof the soul