(VLR) Entering the first decade in the 21st century, Vietnam still belongs to low-income countries group. Besides, due to impacts of the global financial crisis in 2008-2009, our national economy has gone through many ups and downs. However, with internal reorganization, multilateral policies, and diversification in economy, trade and investment, Vietnam has achieved many significant results, strongly promoting economic growth as well as international integration. 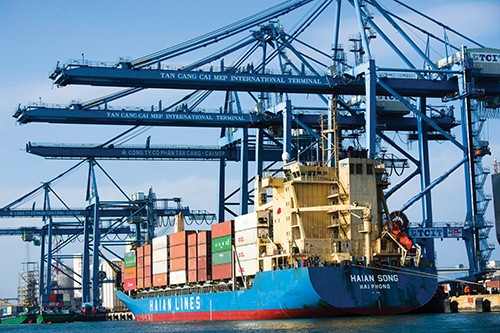 The terrible financial crisis that was considered “once in a hundred year” outbroke in the US and then spreaded globally, resulting in simultaneous collapse of many giant financial institutions and disruption in the stock market, whose root cause was the crisis on credit and housing in the US. The growing real estate “bubble” has put firstly the housing market then credit in the US and in many countries into distresses.

Since officially joining the WTO on 11th January 2007, Vietnam’s economy has been deeply integrating with the region and the world. The opening of the economy system has become an important motivation to push economic growth, significantly contributing to maintain the annual high growth rate of Vietnam’s economy. 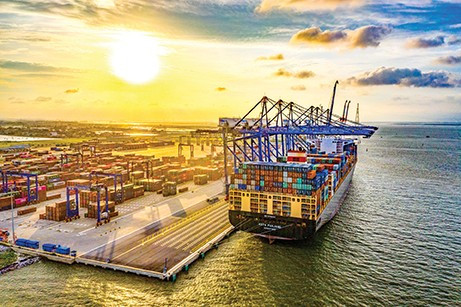 According to statistics, up to October 2019, Vietnam has attracted 30,136 FDI projects with total registered capital of 358.53 billion USD. Many world leading economic groups have chosen Vietnam as a “destination” including Intel, Microsoft, Samsung, LG, Nokia, Canon, Mitsubishi, Toyota, Honda...

Despite being affected by impacts of the global financial “seismic” and public debt crisis… Vietnam’s economy has remained its average growth rate at nearly 7%/year; reaching 7.08% in 2008 – the highest in the last decade and among the highest rate in the region and the world. In addition to that, income per capita has also been significantly improved. GDP per capita has increased from 730 USD in 2006 to 2,587 USD in 2018, equipvalent to about 7,650 USD of purchasing power. Especially, export-import turnover reached 500 billion USD for the first time, only 2 years after reaching 400 billion USD. This achievement is more meaningful in the situation that many countries in the region and the world is going down in export and import, making Vietnam a trade surplus for 4 consecutive years. Only in the first 11 months of 2019, the country’s trade surplus has reached 11 billion USD, a record statistic, and the whole year’s trade surplus may reach 10 billion USD. This result brought Vietnam into top 30 countries with good import and export growth in the world. Considering the whole period’s growth of 13%, Vietnam is also in the leading group in the world in maintaining high and sustainable growth.

Another impressive result is the strong growth of social investment as well as business and production capacity. According to preliminary statistics, in 2019 there were 138,000 newly established businesses and 38,000 returning businesses. Especially, there were nearly 40,000 businesses which increased capital of about 2 million billon dong, more than the newly established capital.

Being highly ranked in attracting investment, ranking 8th among the countries worth investing in, rising 23 levels when compared to 2018, Vietnam continues to attract record foreign direct investment (FDI). In the first 11 months of 2019 particularly, total newly registered, adjusted and contributed capital of foreign investers has reached nearly 31,8 billion USD, increasing 3,1% when compared to the same period in 2018. Implementing capital of foreign direct investment projects has reached 17,62 billion USD estimatedly, increasing 6,8% when compared to the same period in 2018. According to business community, this is the proof for persistent efforts to reform by the Government and the Prime Minister in the recent years. For the first time, Vietnam has risen to the top half of the world, ranking at 67 out of 141 ranked economies,